Educational migration to Europe is popular on now as a few years. Moving and living in a foreign country is not an easy stage in a student's life. Choosing a university in the Czech Republic is only half of the job done, because you still need to choose a city where the student will feel at home for several years. People often ask me: "Why I chose Brno to study and live?".

Brno is located in the very heart of Europe and has a good geopolitical location: just 200 kilometers from Prague, 120 kilometers from Vienna and 130 kilometers from Bratislava. The city is a major transport hub, so getting to the neighboring capitals will be convenient and comfortable by bus or train. For instance, the student company RegioJet offers favorably priced routes to tens of towns and cities in the Czech Republic, in Slovakia, and also in Europe. However, the climate in the Czech Republic is unpredictable. The speed with which the weather changes in this small part of Europe is perplexing - when you go out in the morning, you can never predict whether you should take an umbrella or sunglasses with you.

According to the Global Peace Index 2018, the Czech Republic has once again managed to get into the list of the safest countries in the world. The crime rate in the Czech Republic is one of the lowest in Europe. You cannot be afraid to return home long after midnight. In the Czech Republic, there is practically no corruption in the police, since it is under strict state control, therefore, having noticed a policeman, they do not cross the street here.

Interesting fact: The British Magazine The Financial Times, as part of his contest Cities of the Future 2016/2017 named Amsterdam and the city of Brno, where the best in the world engaged in the integration of foreigners. Brno won in two categories - Support for Foreigners and Aftercare strategy, which determined the level of assistance to investors.

Education in Brno - it is not just the acquisition of knowledge, but also the opportunity to choose the most interesting subject, delve into its study and attend various conferences where are the best students in Europe. Many Czech universities, including the famous Brno universities, recognized as the best in its category and each year are among the fastest growing educational institutions in Europe and the World. For example, Masaryk University - is one of the most popular Czech universities.

Most of the teachers are candidates and doctors of science, authors of hundreds of scientific papers, who have many state and world awards for their contribution to science. All teachers are a number of checks on the professional qualifications, including teaching methods and psychology.

According to experts, Brno is experiencing tremendous business growth. Especially in the IT field, Brno is considered as the second Silicon Valley. Low operating costs and favorable location make the city especially attractive for local businessmen and large Western corporations. Such as IBM, Siemens, Oracle, RedHat etc. For graduates of Czech universities have the opportunity to do an internship in a company and start a career there immediately.

Activities and communities - there is too much going on here. You will constantly be torn between the events you want to go to. And your new friends will not stand aside and will constantly invite you somewhere. Concerts alternate with theater performances and sports events, university films, debates and presentations where you will definitely find the topic that interests you, as well as be able to ask your questions in the pleasant atmosphere of coffee shops and libraries.

The ease of acquisition of friends depends on the degree of immersion in the environment, social activity and personal qualities, of course. Acquaintances and friends abroad, I take it as an incredibly valuable resource. These are people who have grown up in a different country, with different values and a different view of things. They can be incredible in developing you, bringing the knowledge and experience that never you could not be in his home country.

Moving to a new country does not make you a different person, and will not change your life itself. It will only possibly contribute to the manifestation of some of your qualities, but everything still depends on you. And life will not be easier, but more difficult, which, in fact, contributes to personal development. 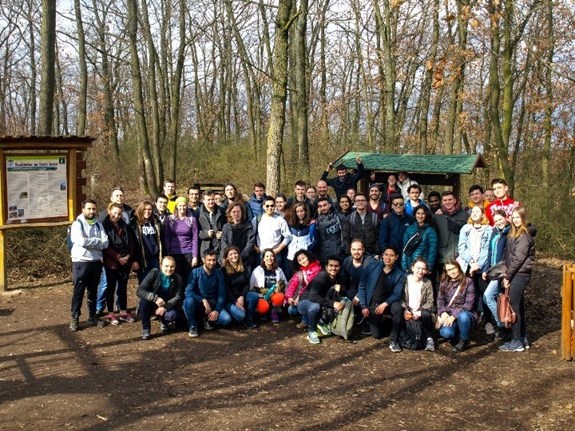